Fill out the contact form below and our personal injury attorney will be in touch with you shortly to discuss your case.

It is not uncommon for victims of a slip and fall accident to not have a written report documenting the accident. 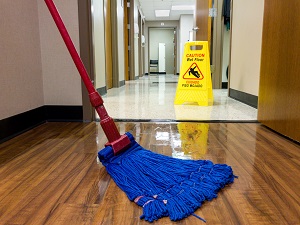 Reasons A Slip And Fall Victim Doesn't Get A Report

As a Slip And Fall Lawyer, I've heard several reasons for a report not being created after a slip and fall accident.  The most common is that the person was so embarrassed after falling that they simply wanted to get out of the store as fast as possible.  Other times, the person asks store employees to file a report but are told that there is nobody available to do so, or that they don't know where the reports are kept.  Finally, sometimes store employees simply refuse to write a report.

The Importance Of A Report After A Slip And Fall

Just like a police report after a car wreck, an accident report after a slip and fall accident can help document what happened, when it happened, and name the employees who were present.  (Stores are allowed to use their own reports, so the information on the report may vary).  Remember, you will Never have the same opportunity to document exactly what happened as you do immediately after a slip and fall.  Once the store reports the incident to their insurance company, stories change, video surveillance is sometimes "lost," and you are on your own to prove what happened.

If a client hires me following a slip and fall accident, the first thing I typically do is send a "preservation letter" to the store, the store manager, and/or the store owner.  A preservation letter helps put the store on notice about an incident, and requests that the store take measures to preserve important evidence, like video surveillance, accident reports, and witness information.  If the store fails to preserve evidence and the failure was unreasonable, this could put them in a very unfavorable light with a Judge or Jury later on.

Contact us today at (985) 590-6182 for a free and confidential consultation from our office located in Covington and serving all areas of the Northshore including St. Tammany, Tangipahoa, and Washington Parish (Covington, Mandeville, Madisonville, Slidell, Hammond) and the New Orleans metro!